For those who have lived/are living in China, this article should not come as a surprise.
Sad to say, I do not have a favorable opinion of the Chinese insofar as ethics is concerned. Money is the god that is worshiped here. Anything goes. Contaminated milk, medicine, toothpaste and what have you...ethics be damned. Anything for some extra money in ones' pockets. Whether you are a government official or a private entrepreneur does not matter.
It is fine & dandy that those who get caught are punished (severely, by world standards: some are executed). And Chinese history has shown that breaking the law comes with harsh punishment (if caught, that is). But this has not seemed to deter those who are determined to make that extra buck, no matter the consequences.
Doing business here, or the mere simple act of shopping in a local market can be dicey. For those new to these shores, getting cheated or being charged exorbitantly is not uncommon. Hence my aversion to bargain shopping at places like Silk Street or Hong Qiao, where foreigners are seen by the vendors as prime bait carrying wallets full of cash, ripe for the picking.
This aspect darkens the glory & achievements of the Chinese civilization. Along with civilized social behavior, & proper traffic etiquette, the Chinese need to catch up with the rest of the developed world in realizing what ethical behavior is.
Otherwise, China will remain, essentially, just one big cowboy town with a heck of a lot of economic clout. A scary thought indeed.
Posted by aliendoc at 8:38 AM No comments:

Email ThisBlogThis!Share to TwitterShare to FacebookShare to Pinterest
Labels: Impressions from China

Our house is decorated with Christmassy paraphernalia, both old & new.
There are our precious ornaments collected over the years, hanging on our Christmas tree... 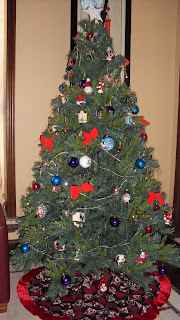 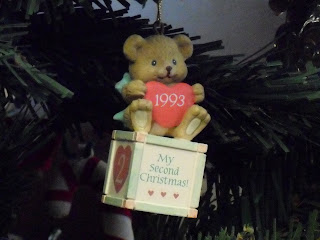 This was hand-made by Z. in preschool... 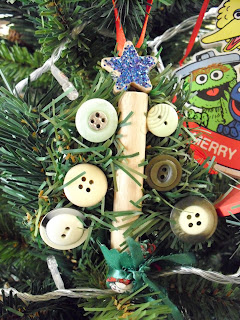 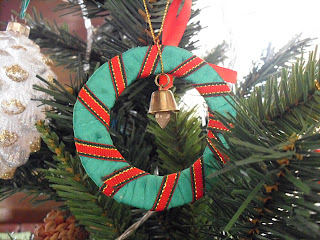 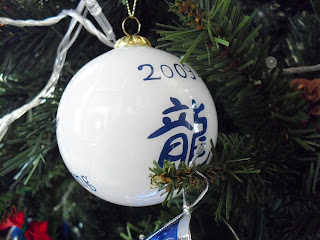 Then there are our Christmas stockings which used to hang over our fireplace in Pennsylvania but have since hung on staircase banners or wooden decorative grills or whatever else space I could find to hang them from, for lack of a proper fireplace! 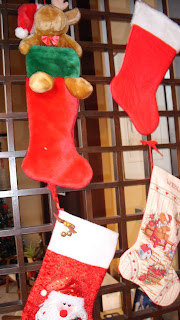 Then there are these two snowmen buddies, & our snowman sitting on a wreath, bought right here in Beijing 3 years ago... 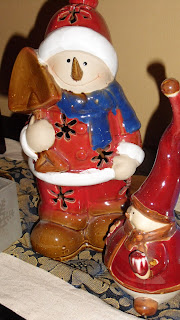 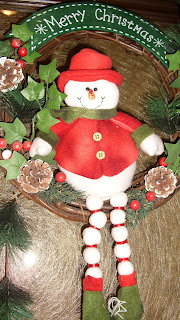 And our latest addition, this Christmas bunting, handmade by a very craft-y friend here in Beijing; the very same friend who introduced me to the world of Quilting. I will soon have to say farewell to her as she will leave Beijing in several months' time :(...but this memento will stay in our collection of precious Christmas possessions that have followed us around the world ... 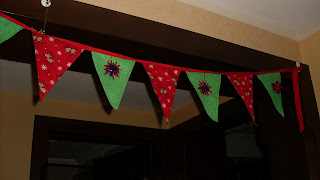 Posted by aliendoc at 7:50 AM No comments:

Z. comes back to Beijing in less than a week to spend his Winter break with us. We are all looking forward to the reunion.
I met with a couple of friends, ex-classmates from medical school, who were here with their family on holiday recently. Their kids are younger - one in primary school, the other in secondary school. He asked me how I feel about being an almost-empty-nester to which I reply that I am looking forward to the next phase in my life.
However, to reach the next phase, we will have to go through the transition of separating with W. Now, THAT, I do not look forward to.
Posted by aliendoc at 7:02 PM No comments:

Email ThisBlogThis!Share to TwitterShare to FacebookShare to Pinterest
Labels: Parenting

For some reason, being in New York City always seems to put me on edge.

Maybe it's the crowded & dirty sidewalks, with people milling around or walking to their destinations or tourists/locals talking loudly to each other.
Or the heavy traffic & honking & often heard sirens of the police car/ambulance/firetruck.
Or the sight of the homeless drunk stumbling along or trying to stay warm under his pile of raggedy blankets & cardboard boxes.

Great place to visit. But I don't think I could ever live here comfortably. Give me the wide open spaces or suburbia anytime.
Posted by aliendoc at 9:48 AM No comments:

Email ThisBlogThis!Share to TwitterShare to FacebookShare to Pinterest
Labels: Travel

I felt rather depressed walking through the supermarket this afternoon for the last time before heading "home" to Beijing.

The abundant variety & availability of anything you may need to stock your pantry was almost too much to bear. The high prices of imported goods (the limited selection that is actually available) in Beijing add salt to the wound.

The locals take it for granted, this convenience.

We have packed our suitcases to the brim as we prepare to head home in a couple of days.

Until next time, America....

Sigh.
Posted by aliendoc at 7:45 AM No comments:

I guess ours was, what one would call, a whirlwind romance. We knew within 6 weeks of meeting each other that "This was IT". We knew we wanted to spend the rest of our lives together, as mates, partners for life.

To call it being 'madly in love' was an understatement. We spent almost every single free minute we had together, in each others' company. We were an unlikely pair: an American Naval Officer, and an exhausted intern who had never met that special someone who sparked even the remotest of romantic interest. Until him.

That was just over 20 years ago.

Tomorrow, we celebrate our 20th year together as a wedded couple. The intense, passionate, fiery feelings have smoldered into a deeper and lasting emotion. As with most marriages, we've had our ups and downs, but through it all, the constant love has always been there.

Happy Anniversary, A. What a ride it has been.
Posted by aliendoc at 5:16 AM 2 comments: